9 Arbitration Does Not Warrant Dismissal in Offshore Lease Case

Arbitration Does Not Warrant Lawsuit Dismissal in Offshore Lease Case 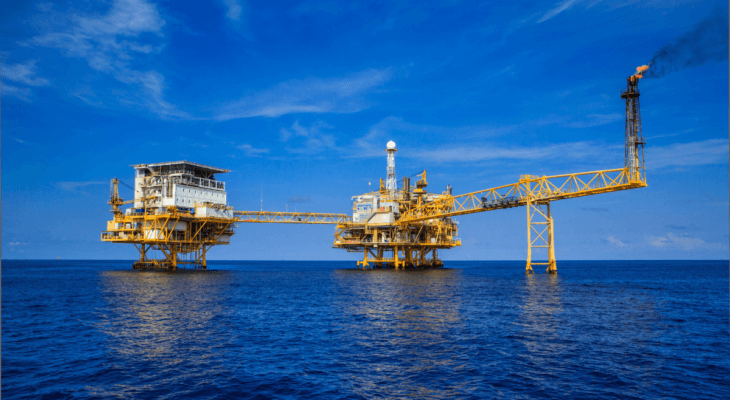 One thing people and organizations involved in a legal dispute can usually count on is that an arbitration clause in a contract will be upheld. The public policy in the Federal Arbitration Act expresses a preference for arbitration. The procedure is more cost-effective and can resolve disputes far more quickly than lawsuits. Meanwhile, the strain on the court system is reduced. When parties to a contract agree to an arbitration clause, it would take some relatively extraordinary circumstances for a court not to give that provision effect. The question is what happens to the case itself when one party has filed a lawsuit, and arbitration is compelled based on the language of the agreement. In a recent case involving an offshore lease, the judge ordered a stay in the case when arbitration was compelled as opposed to dismissing the case entirely.

When a contract contains an arbitration agreement and one party still files a lawsuit, the court will be asked to dismiss the case. In many instances, the court will grant the motion for dismissal, if the arbitration clause is clear. Unless there is some compelling reason why a court will compel arbitration between the parties.

There is a split among the federal appellate courts about whether arbitration would require a judge to dismiss a case entirely or stay it pending arbitration. Regardless, the same policy in favor of arbitration remains. The only difference is how a court tells one of the litigants that the matter cannot be decided within their jurisdiction.

The language of the Federal Arbitration Act is as follows:

““[u]pon being satisfied that the [claim] involved in [the pending] suit or proceeding is referable to arbitration under . . . an agreement [in writing for such arbitration], [the court] shall on application of one of the parties stay the trial of the action until such arbitration has been had in accordance with the terms of the agreement.”

Some courts have honed in on the use of the word “shall” in the Federal Arbitration Act. Courts often make specific notes of the difference between the words “shall” and “may.”  With the former, a court may have no discretion because the statute uses a mandatory word. With the latter, a court has discretion because the word “may” is permissive. In some federal circuits, judges have read the word “shall” as an absolute requirement that they stay a case pending arbitration. Usually, the FAA does not allow litigants to appeal an order compelling arbitration. If a court dismisses the case, the litigant may appeal, but that appeal would conflict with the FAA’s statutory scheme because it is effectively appealing the fact that arbitration was compelled.

Other federal circuits have allowed judges the discretion to dismiss the case if they choose. These circuits hold that Rule 12(b)(1), which governs motions to dismiss a case, is the proper way of dealing with a case when arbitration is compelled.

A Stay and a Dismissal Are Not the Same Thing

There are practical differences between a stay and a dismissal. When a case is dismissed, it is closed, and it is no longer active at all in the court. A stay is a type of suspension, and the judge would be allowed to reopen the case if necessary. The entry for a stayed case remains open on a court docket until the case is ultimately closed. The court may perform an ancillary role in the arbitration if it is necessary. In addition, the court could remain open for litigation if the party applying for this stay then fails to follow through in arbitration or defaults by not following the rules of arbitration.

In a recent federal case, a judge ordered a stay in a contractual suit where both parties agreed their contract required arbitration. The difference in opinion between the two parties was that one believed the district court could grant a stay, while the other wanted a complete dismissal of the case.

The federal court, in this case, is located in the Fifth Circuit, where the U.S. Court of Appeals for the Fifth Circuit has not yet come down on either side of the divide. The defendant cited one case in the circuit that held that the language in the Federal Arbitration Act “was not intended to limit dismissal of a case in the proper circumstances.” In other words, although the statute used the word “shall” in conjunction with granting a stay, it should still not be read as mandatory and limiting the judge’s discretion. The defendant argued that, since all issues in the case have been agreed upon as the subject for arbitration, there would be nothing left to litigate.

The judge cleverly ruled against the defendant while seemingly sidestepping the larger issue. The judge explained that the defendant did not present any reasons why the district court should exercise discretion and not apply the language of the Federal Arbitration Act. On the other hand, the judge believed the plaintiff provided multiple reasons why the court should continue to play a role in the case and not dismiss it entirely.

This court seemed to indicate that a judge would have discretion in deciding whether to stay the case or dismiss it entirely. In this particular case, some factors specifically persuaded the judge to keep the litigation alive in some form. Here, there was a specific part of the arbitration clause that allowed the court to select an arbitrator for the case. The judge reasoned that it would be more efficient for the court to keep the case open than to have the litigants come back, after which the court would need to reopen the case if it was dismissed.

In other words, the judge did not issue a stay after simply interpreting the language of the Federal Arbitration Act. Instead, the judge looked to the specific circumstances in this case in reaching her decision to issue the stay.