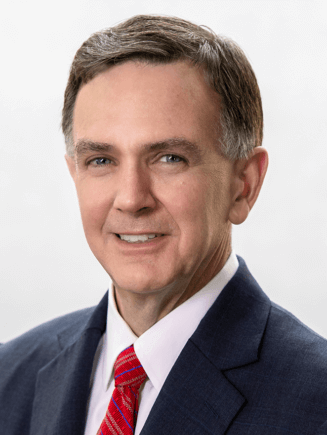 Brent Perry has distinguished himself as a skilled commercial litigator over his 30-year career in a wide range of business litigation and appellate maters. In this time, he has used his wealth of experience to help clients resolve complex issues in securities, contracts, and insurance litigation.

As a trial lawyer, Brent Perry has obtained multimillion-dollar settlements and verdicts for plaintiffs and successfully defended significant claims against his clients. This year, he and his partner settled a series of related multimillion-dollar claims under the Texas Securities Act for defrauded investors. He is client-focused and gives serious attention to the documents and details that make or break a claim or defense in business litigation.

In 2015, after the Texas Supreme Court sharply limited shareholder oppression actions, he settled a minority shareholder’s suit against the majority owner of a construction services company for over $3 million, close to full value. In 2010, he obtained a $4.5 million verdict in a commission-based contract dispute against a major Korean shipbuilder and held the judgment on appeal.

He has handled appeals before at least half the appellate courts in Texas, the Texas Supreme Court, and two federal appellate courts. His successful results include published opinions affirming the $4.5 million judgment in Ikanco Inc. v. DSME and the $5.8 million jury verdict in Acadian Geophysical Services, Inc. v. Cameron. He understands that successful appeals begin with knowing and applying the law in the trial court.

Brent Perry has been selected to Texas Super Lawyers by Thomson Reuters since 2018. He is Board Certified in Civil Trial Law by the Texas Board of Legal Specialization. He won one of Verdict Search’s Top Texas Verdicts in 2010 and has earned an AV Preeminent rating from Martindale-Hubbell every year since 1999.

Brent earned his JD from The University of Chicago Law School in 1989 and served a one-year clerkship U.S. District Judge Ricardo Hinojosa in McAllen, Texas. He first practiced with Baker Botts, LLP in 1990 and then Bracewell, LLP in 1993. While an associate, he tried and won several cases, including an intra-family dispute over dividing a $10 million settlement.

Perry joined Zummo & Schirrmeister, LLP in 1997, became a partner at Zummo, Mitchell & Perry, LLP in 1998. In 2004, he established the Law Office of Brent C. Perry. In all three firms, he continued trying significant business disputes while developing a complimentary appellate practice. He became Board Certified in Civil Trial Law in 2010. In 2015, he joined longtime friend Robert R. Burford to establish Burford Perry LLP.