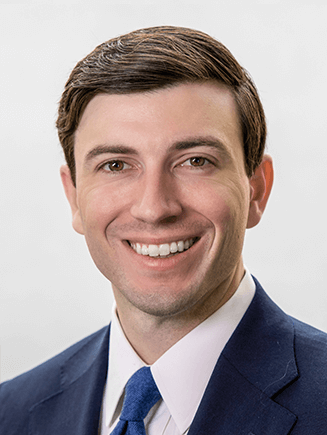 Matt Parks is a dedicated trial attorney who focuses on business and commercial litigation across a variety of industries, including oil and gas, energy, and healthcare. He has represented individuals and businesses of all sizes in complex disputes, ranging from partnership breakups and shareholder derivative actions to securities litigation.

Matt is a double Longhorn, having obtained both his JD and BA degrees from the University of Texas. After graduation, Matt joined a Texas-based litigation boutique where he helped defend one of the main parties in the “Deepwater Horizon” litigation after BP’s Macondo Well blowout in the Gulf of Mexico. He has been selected to the Texas Rising Stars list for five consecutive years for his excellence in business litigation

Matt is licensed to practice in all state courts in the State of Texas, as well as the federal courts in the Southern and Northern Districts of Texas. Matt is a committeeman and lifetime member of the Houston Livestock Show and Rodeo.

Matt has been with Burford Perry since the firm began in 2015. In that time, he has second-chaired multiple jury trials, both in federal and state court, and helped obtain favorable decisions in arbitrations. He has also drafted, argued, and won multiple dispositive motions.