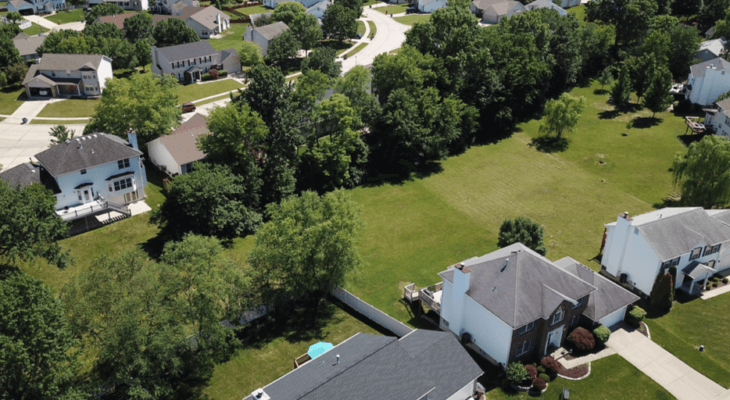 Neighbor disputes come in all shapes and sizes. Sometimes disputes arise between residential and commercial property owners—like when residents have concerns about nearby development activity. While litigation between neighbors is sometimes necessary, informal resolution is preferable, even for a complex real estate dispute.

Informal resolution was possible for residents of the Friendswood Estates and Forest of Friendswood neighborhoods. The two communities had become concerned about future flooding when Westover LP announced its planned mixed-used development in the Clear Creek floodway in early 2018. One-third of the homes in Friendswood flooded during Hurricane Harvey in August 2017.

Westover’s development would not have been possible before Hurricane Harvey. Friendswood officials approved Westover’s permit to add 150,000 cubic yards of fill in the floodway after the first of two required votes by city council to revert to the 1999 Flood Insurance Rate Maps.

The city intended the temporarily reduced floodplain rules to enable homeowners to repair their homes without complying with the base flood elevation requirements under more recent and accurate maps. Westover seized the opportunity by obtaining a permit from the city even before the ordinance reverting to the 1999 flood maps became law.

Westover then contracted with the Harris County Flood Control District to receive dirt excavated from the South Belt Stormwater Detention Basin Project. The district also mistakenly granted Westover a fill permit even though Harris County was still using the stricter and more accurate 2008 maps based on the Tropical Storm Allison Recovery Project, which showed the Westover property to be in the floodway.

The added dirt raised the approximately 50-acre Westover property by more than four feet—just a few hundred feet away from Clear Creek—and put homeowners on the other side of the creek at risk of more frequent and severe flooding. Homeowners were also concerned about the source of the dirt, as property adjacent to the source was closed and demolished after environmental hazards at what is now the Brio Superfund Site were discovered.

Section 11.086 of the Texas Water Code prohibits the diversion of surface waters in a manner that damages neighboring properties and vests those who are injured by an unlawful diversion with a private right of action. Artificially changing the course of rainwater so that it drains onto a neighbor’s property also constitutes a trespass and might give rise to a nuisance claim.

After Burford Perry identified the errors, the Harris County Flood Control District acknowledged its mistake and stopped relocating dirt to the Westover property. The City of Friendswood agreed the city permit was granted without authority and thus ineffective because it was issued based on 1999 maps before the ordinance reverting to those maps had become law. The city adopted 2017 flood maps before Westover obtained a valid permit and enacted a $2,000 daily fine for unpermitted fill in the floodway.

Although Westover refused to allow Harris County to remove the unpermitted fill, Westover’s development project came to a halt because Harris County and the City of Friendswood would not allow it to proceed.

After the real estate dispute between the Westover partners resolved, the Harris County Flood Control District announced it would acquire the 50-acre Westover property and begin removing the dirt in early 2020. The two governments will collaborate to convert the property into a park and, ultimately, a large stormwater retention basin.

The Houston real estate dispute attorneys at Burford Perry LLP understand the unique and diverse issues that can arise in neighbor disputes. We also understand how to successfully navigate informal resolution of even the most complex civil litigation matters in order to obtain favorable outcomes for our clients. If you are facing a real estate dispute, contact us today to schedule an appointment with one of our dedicated attorneys to see how we can help.