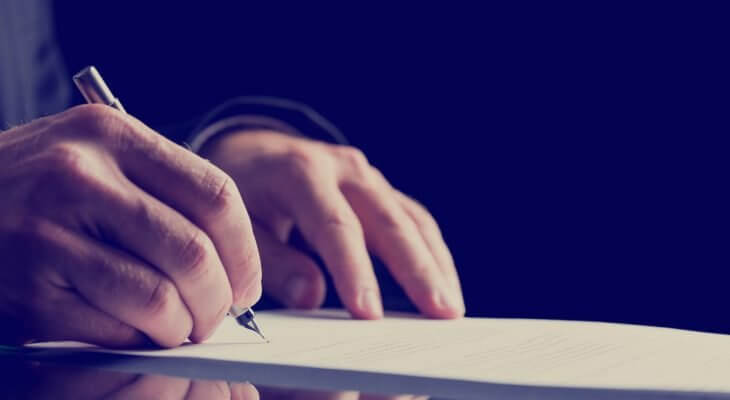 Houston-Based Breach of Contract Attorneys with Track Records of Success

While contracts are vital to solidify business relationships, disputes often arise when the terms of a contract are broken or unfulfilled. When this occurs, clients need an experienced breach of contract attorney to protect their rights, assets, and business.

What Is Legally Considered a Contract?

Burford Perry handles breach of contract cases involving formal documents drafted by a lawyer, letter agreements, or even oral or private handshake agreements. Informal and verbal agreements can be upheld in court.

A valid contract is formed by an offer, an acceptance, a meeting of the minds, each party’s consent to the terms, and, generally in the case of a written contract, execution and delivery of the contract with the intent that it be mutual and binding.[1]

When Does Breach of Contract Occur?

Whenever a party to a contract fails to uphold its promises, a breach of contract has occurred. Breach can also be anticipatory, often called repudiation, when one party makes it clear they do not intend on fulfilling a contract’s promises or does something to prohibit another party from performing. Breach of contract can occur with employment contracts and non-compete agreements, insurance contracts, partnership agreements, wills and trusts, purchase agreements, sales contracts, and shareholder agreements, among others.

What to Do If a Breach Has Occurred

Contractual breaches can have severe consequences for businesses. Understanding your rights and obligations after a breach is important. Parties often unintentionally waive their rights or fail to take proper steps to preserve their claims for damages.

What to do when you believe a contract has been breached is determined in part by whether the breach is material. When one party to a contract commits a “material” breach, the other party may be excused from further performance.[3] The non-breaching party may also recover damages or, in some cases, enforce the contract by specific performance.

When a breach is immaterial, the non-breaching party is not excused from future performance and may sue only for the damages caused by the breach.[4] In determining whether a breach of contract is material, courts look to the following factors[5]: