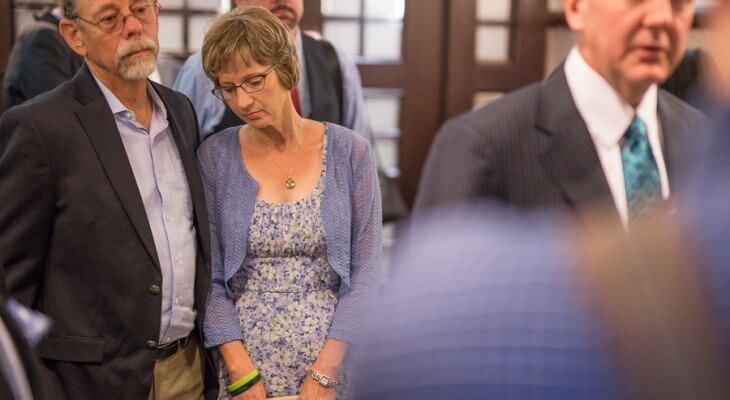 The family of Cameron Redus, a University of Incarnate Word senior who was shot and killed by a UIW campus police officer in 2013, have settled their lawsuit against the university and its police officer, Christopher Carter.

The lawsuit settled for a confidential, but satisfactory, amount, said Brent Perry, a name partner in Houston’s Burford Perry who represents Valerie and Mickey Redus, Cameron’s parents. The family was also represented by Jorge Herrera of San Antonio’s The Herrera Law Firm.

“Mr. and Mrs. Redus are thankful that the lawsuit has been settled and they and we look forward to honoring the memory of Cameron through the settlement,” Perry said. “What happened to Cameron should not happen to other students like him.”

The lawsuit, Valerie and Robert M. Redus v. University of the Incarnate Word and Christopher Carter, No. 2014-CI-07249, was filed in Bexar County District Court in May 2014. The trial was delayed for several years by appeals and then by the pandemic shutdown of jury trials. The parties reached a tentative settlement in August, less than three weeks before trial was set to begin on September 19, 2022.

At the time of the shooting, Cameron was a UIW senior honors student, talented media producer, and campus leader. He was the second oldest of Valerie and Mickey Redus’s five sons.

Mickey and Valerie expressed the pain of their loss and love for their son:

The intervening almost nine years since we lost Cameron has been a period of horror, pain, and grief for our family and Cameron’s many friends.

Cameron was a brilliant, talented, peaceful, and loving young man who had a profound impact on his school, community, and world. He was a wonderful person and a bright light in a dark world. It is an unspeakable tragedy that his light was extinguished far too soon. We will miss him forever.

We reached a settlement agreement with University of the Incarnate Word, bringing a long and difficult chapter of our lives to a close. No settlement can ever bring our dear son back to us and we will carry our grief for the rest of our days, but we continue to praise and trust God and depend upon His guidance and rest in His peace.

We sincerely appreciate the countless groups and individuals who have encouraged us, prayed for us, supported us, cried with us, and helped to tell Cameron’s story through our quest for justice.

Neither the Redus family nor their legal team will discuss the settlement or the lawsuit beyond the statements in this press release.