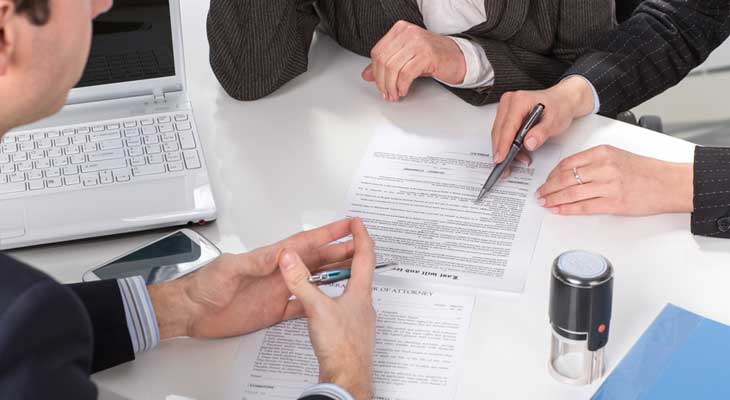 The Joint Operating Agreement (JOA) is the cornerstone document in many oil and gas relationships. The JOA defines the relationships, duties, and allocation of risk among tenants, cotenants, mineral rights owners, other interest owners, and operators.

At Burford Perry, our legal team has the experience and knowledge to help our clients protect their interests. We have represented both interest holders and operators and interpreted most form JOAs being used today. With over 55 years of combined experience, our lawyers are uniquely qualified to handle any type of dispute over a joint operating agreement.

How Does Texas Law Define A Joint Operating Agreement?

A JOA is a contract between multiple parties defining how the parties will work together to explore, develop, and produce oil and gas within properties. The JOA will define specific roles, assign risks, lay out rights, and determine payout. JOAs are an extremely useful way for businesses to come together for a mutually beneficial result.

A JOA is needed when more than one party holds title to the oil and gas leasehold estate in a particular geographical area. These may also take the form of a Unit Agreement and accompanying Unit Operating Agreement for unitized or pooled oil and gas formations. Nearly all JOAs are based on forms promulgated by the AAPL. These forms have changed throughout the years and Texas law may interpret each form differently.

The most commonly used JOA is currently AAPL “Form 610.” was created by the American Association of Professional Landmen. Many people in the oil and gas business contend that Form 610 is in need of revisions caused by the explosion in horizontal drilling and hydraulic fracturing in drilling and completion operations. The industry’s reliance on form documents often results in the need for experienced counsel to sort out in litigation issues that could have been resolved in contract formation.  The standard Form 610 establishes a contractual basis for multiple leasehold cotenants to operate the properties, jointly share costs and liabilities, and own equipment and production in proportion to their respective percentage of ownership and burdens.

How Do JOA Disputes Happen?

Disputes often arise amongst parties to JOAs due to anything from a party’s non-consent to an operation to an operator’s grossly negligent operations. Some of the most common JOA disputes include:

Special consideration is needed when dealing with an operator’s breach of a JOA because an operator’s liability is typically limited by an exculpatory clause. The exculpatory clause will usually preclude an operator from being liable for simple negligence (as opposed to gross negligence). However, the analysis of different form JOAs varies. Some JOAs only limit liability for operations while others limit liability for both operations and non-operational contractual breaches. Compare Abraxas Petroleum Corp. v. Hornburg, 20 S.W.3d 741 (Tex. App.—El Paso 2000, no pet.) with Reeder v. Wood County Energy, LLC, 395 S.W.3d 789 (Tex. 2012). An attorney experienced in dealing with JOAs can guide you through interpreting your rights under your specific JOA.

The Complexities of Resolving JOA Disputes

JOAs are incredibly complex, and some may  contain specific terms that alter the promulgated forms. JOAs may rely on arbitration to resolve disputes, a process similar to court proceedings but with a few key differences. Unlike court proceedings, the outcome of arbitration is final and cannot be appealed.

The attorneys at Burford Perry LLP have worked with oil and gas companies, as well as mineral rights interest holders, on all types of joint operating agreement disputes. We have achieved positive outcomes for our clients through arbitration, court proceedings, and settlements.