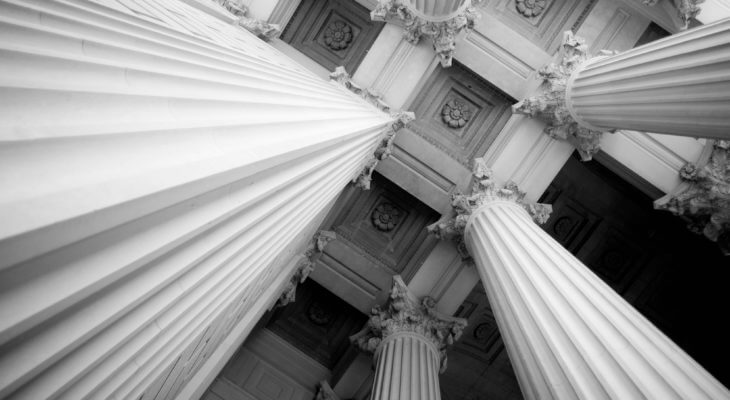 The doctrine of sovereign immunity deprives federal and state courts of jurisdiction over suits against governments and their agencies unless the government waives immunity. The Eleventh Amendment enshrines sovereign immunity in our Constitution: “The Judicial power of the United States shall not be construed to extend to any suit in law or equity, commenced or prosecuted against one of the United States by Citizens of another State.” In other words, the Constitution divests federal courts of jurisdiction over suits against states or their agencies.

This fundamental conflict was on full display in Frederick L. Allen, et al., Petitioners v. Roy A. Cooper, III, Governor of North Carolina, et al, Case No. 18-877 (Supreme Court, 2019). Frederick Allen, a filmmaker, sued North Carolina for using his copyrighted film footage of the famed pirate Blackbeard’s shipwreck without Allen’s permission. The Fourth Circuit held that North Carolina was immune from Allen’s copyright infringement claims under the Eleventh Amendment and that a federal statute purporting to allow his action was unconstitutional.

At the early-November argument, the Supreme Court justices expressed concern that affirming state immunity against copyright lawsuits allows them to infringe with impunity. Justice Ginsburg noted that that there was “something unseemly” about a state being able to own copyrights and hold infringers to account, while saying for itself that “we can infringe to our heart’s content.”

This legal dilemma has been building for some time. The Supreme Court has previously held that Congress could not abrogate state sovereign immunity in patent infringement actions. The Supreme Court’s opinion could either affirm its precedents, effectively allowing the imbalance between private and state infringers or, perhaps, suggest a way that Congress could legislatively solve the dilemma.

At Burford Perry LLP, we create unique and individualized dispute resolution strategies that minimize the impact to your business. Our attorneys have worked on both sides of business cases, which means we have insight into how each side works. This insight continues to serve our clients well today. If you are facing business or commercial litigation, contact us today for more information.