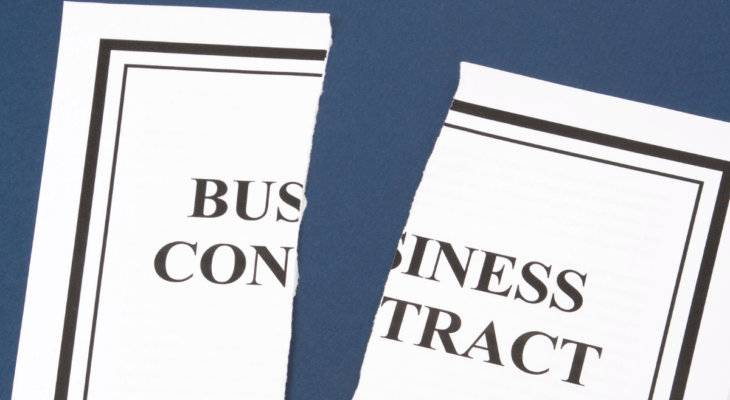 Uncertain economic times always lead to more business litigation. Breach of contract claims are the most common type of business litigation in Texas. The number of these claims will significantly increase in the coming year, as the language of many contracts was not prepared to deal with the extenuating circumstances caused by an international health crisis. When parties to a contract find themselves in a situation where one party fails to uphold its end of the agreement, Texas breach of contract law can provide a variety of legal remedies.

Parties in breach of contract lawsuits must show the following to be successful:

Determining the Validity of a Business Contract

Determining whether the contract at issue is valid is the first step in analyzing a breach of contract claim. Contracts are either valid, void, or voidable. As Houston breach of contract lawyers we can review the circumstances of your situation to see if there is any basis for another party claiming the agreement is void or voidable. Contracts have defining elements under Texas law. Some important considerations include:

Forms of Breach of Contract

After establishing the validity of a contract, the complaining party must prove a breach has occurred.. There are many actions that breach a contract. A breach of contract must be material, or substantial enough to make performance impossible or at least more difficult. The party accused of a breach may first attempt to show that its actions did not hinder overall performance on the contract. Most breaches are simple and obvious: the failure to deliver what is required by the contract; the failure to comply with the payment terms; or the occurrence of some outside event that prevents performance. Sometimes the contract may be impossible to fulfill due to uncontrollable circumstances, known as impossibility of performance.

In most lawsuit, the parties disagree about the terms of both performance and payment. Payment or delivery delays where people or businesses fail to deliver or pay for goods or services on time are common. Often, delivered products don’t match what was ordered. Sometimes  a non-party to the contract intentionally interferes with the contract and interrupts or prevents performance. One party may breach a contract in anticipation of another party being unable to perform, known as an “anticipatory breach.” The possibilities are as varied as the different types of business contracts.

Contracts are always governed by state law. Statutes of limitation require parties to bring their breach of contract claims in a reasonable timeframe, usually within four years of the breach. Under Texas law, the terms of a contract can provide for a shorter limitations periodIf the breaching party conceals or lies about the breach, the limitations period can be extended. The moment you believe a breach of contract exists, you should contact an experienced Houston business lawyer to help you navigate the legal process and assess potential damages. You may lose the ability to recover damages resulting from a breach of contract if you do not take the appropriate legal actions within the designated time period.

Damages Available for Breach of Contract

Contractual terms often define the damages that may be recovered in a breach of contract action. The price, quantity, and performance terms are all important in determining damages. In most cases, a judge or jury may assess and award damages. The goal is always to put the parties in a the same position as if the contract had been fully performed. Calculating lost profits, identifying consequential damages, and recovering costs and attorney’s fees are all tasks that require an experience business litigation attorney. Whether specific performance—forcing a party to comply with a contract—is available requires legal analysis. Sometimes, a party is best served by demanding rescission of the contract so that all payments made are returned. Depending on the contract and the severity of the breach, a judge or jury can award consequential damages to compensate victims for their business losses.

Your best strategy for reaching a successful resolution varies greatly based on your unique circumstances. We negotiate effectively to advance our clients’ interests. Where aggressive litigation is needed to protect your contract rights, we have a proven record of getting serious results in court. You can count on us to work with you to identify the approach that makes the most sense for you.

If you believe you or your company may have a claim for breach of contract in Texas or your business has been accused of breaching an agreement, contact our legal team as soon as possible. Finding knowledgeable legal representation that has extensive experience in business litigation will put you in the best position for a favorable outcome.