9 Fiduciary Relationship May Exist Between an LLC and its Members 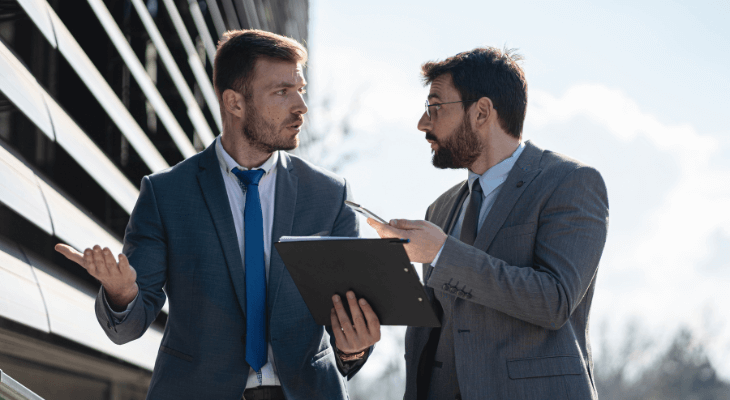 One LLC Member with Power Was Accused of Incurring Improper Expenses

In this case, LLC members practiced medicine together for approximately six years. The defendant was responsible for the financial management of the practice and engaging with accountants. The plaintiff was compensated after the defendant deducted business expenses from his monthly billing collection. The plaintiff began to grow concerned after he noticed large deductions from his collections that reduced his compensation.

In this case, the court did not reach the issue of whether LLC members owed each other a fiduciary duty, but it had some interesting thoughts on the matter that showed what other courts might say if they are asked to decide the matter. Like many courts, the bankruptcy judge in this case chose not to break new ground when he could reach the same result relying on established law. The judge focused on potential fraud and did not make a definitive statement about fiduciary duties.

The judge did, however, discuss the possibility that LLC members could owe each other a fiduciary duty. There is no blanket statement in Texas law that LLC members owe this duty to each other; however, whether one has a fiduciary duty to another is decided on a case-by-case basis. In this case, the agreement between the plaintiff and the defendant did not explicitly state that fiduciary duties were owed. The court proceeded to examine the nature of the fiduciary relationship between them in order to offer its opinion as to whether a fiduciary relationship possibly existed.

The court suggested that a disparity of power between the two parties could imply a fiduciary relationship. When one party exercises greater control over the company, there is a possibility that they may owe the other party a fiduciary duty. The court then reviewed the facts and described numerous instances in which the defendant had greater power, including:

The court suggested it would have found there was a fiduciary duty, but it did not reach the issue because it was not necessary. The court instead found that there was a “reasonable argument” that the defendant owed fiduciary duties to the plaintiff. In Texas courts, there is a difference of opinion about whether an LLC member who has control owes a fiduciary duty to the company or to the other members.

The Ramifications of a Possible Fiduciary Duty

If fiduciary duties exist, LLC members must greatly increase both their caution and diligence when dealing with business matters for the LLC. A fiduciary duty means the following:

Thus, there may be both a duty of care and a duty of loyalty that can have far-reaching implications on how an LLC is operated. LLC members would need to act with regard to this duty at all times, or they may face personal consequences. It is vital to understand the ramifications and consequences of this potential fiduciary duty before you agree to join other members in an LLC.

Try to Address Fiduciary Duty in the Operating Agreement

It is critical to understand your rights and obligations as an LLC member before you and your company end up in a similar situation to the one in the In re Mijares case. If fiduciary duty is not addressed in your operating agreement, you would need advice from a business litigation attorney to determine whether the duty exists and if it has been breached.