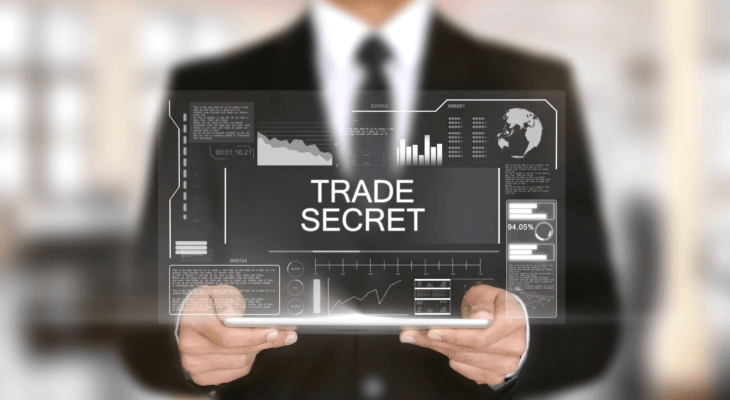 Trade secrets are a form of intellectual property (IP) that are typically owned by the companies in which they are created. The Defend Trade Secrets Act of 2016  elevated trade secrets to make them a form of federally-protected IP just like patents, trademarks, and copyrights. In addition, Texas has its own Texas Uniform Trade Secrets Act.

The protection of a trade secret can last indefinitely as long as the secret is commercially valuable, that value is derived from the fact that it is kept secret / known only to a limited group of people, and the owner takes reasonable steps to maintain its secrecy.

What are the different types of trade secrets?

In general, any information that’s valuable enough and unique enough to a company and provides it a competitive edge can be considered a trade secret. More specifically, the following items when proprietary and not evident to others such that they may be used to create an enterprise that offers an advantage over competitors and provides value to customers or clients can constitute types of trade secrets:

Anything that is easily and completely disclosed by the mere inspection of a product cannot be considered a trade secret.

Some of the most common types of trade secret disputes we see include:

Intellectual Property Theft: IP theft is hard to detect and hard to quantify in terms of damages, but it can cost a business millions in revenue and decrease its market share tremendously. Intellectual property theft involves people stealing the IP of another and using it without the right to do so.

Breach of Applicable Binding Agreements: Unfair competition occurs when those charged with complying with Non-Compete, Non-Disclosure, Non-Solicitation, and Confidentiality Agreements don’t. Texas law holds that a covenant not to compete must be reasonable to be enforceable, so be sure when these documents are drafted that this is considered. Non-disclosure, non-solicitation, and confidentiality agreements are enforceable as breach of contract claims and those breaches can yield a trade secret misappropriation or other such lawsuit.

Corporate Espionage: The practice of engaging in unethical theft of business trade secrets for use by a competitor is often committed by an insider in search of employment with a competing business. Under the Economic Espionage Act of 1996, corporate espionage can be criminally prosecuted.

Trade Secret Misappropriation: When trade secrets are acquired by another person who knows or should know they were acquired improperly or illegally. Much of this misappropriation occurs when files or documents are improperly accessed or handled by employees, such as saving them to a USB or sending them as an email attachment to an outside address.

The effective handling of trade secret litigation requires a depth of knowledge of state and federal law as well as experience working on these specialized types of cases. In addition, lawyers who have industry-specific knowledge as well as technological savvy will also add increased value to a potential claim. We strive to provide every client with efficient, high quality representation. If you’re in need of big law firm experience with boutique efficiency and pricing, contact the Trade Secrets Lawyers Burford Perry LLP today.