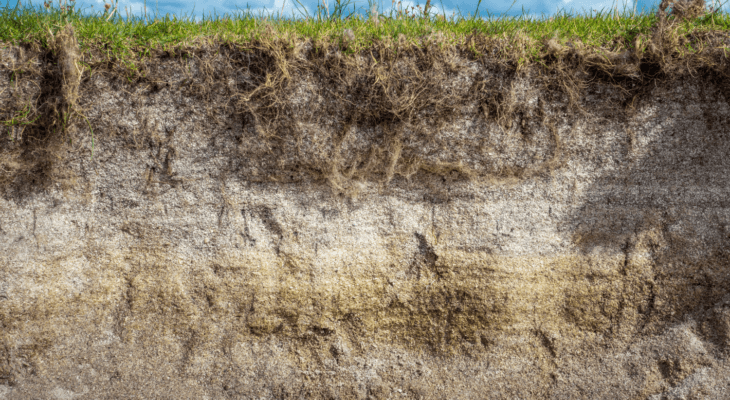 With its abundance of valuable natural resources, Texas has become a legal battleground for a variety of oil and gas interests. One such interest, the ownership of highly sought after pore space, has been at the center of multiple property rights cases; however, the law remains unclear as to who has the right to use and be compensated for this natural underground storage space within a property.

Pore space refers to emptied underground geological formations that can be used as storage reservoirs for natural gas or other minerals. It is created when minerals are extracted from an area of land, leaving the resulting sub-surface pore space available to store other types of gases or minerals. These underground spaces are porous and permeable naturally occurring formations, rocks, or other barriers. With the original mineral supply extracted, the current operator on the land can inject and store new minerals, often natural gas, before distribution. It is a very safe method of storing natural gas, certified by the Federal Energy Regulatory Committee. The owner of the underground formation is entitled to compensation if an oil and gas company uses the formation to store natural gas. But the question remains: who, under Texas law, is the pore space’s owner?

One often discussed use of this pore space is carbon capture and storage. Texas has a vast underground network of geological formations giving it the largest potential for subsurface carbon storage. The U.S. Department of Energy estimates that Texas has between 661 million and 2.4 billion tons of onshore carbon dioxide storage capacity. Yet, in order for this potential storage space to be used, the Texas legislature and court system need to clarify who owns the rights to this potentially lucrative underground pore space. This means determining which of the mineral estate or surface estate owners has the right to pore space. With Tesla CEO Elon Musk announcing he plans to give away $100 million as a prize for the “best carbon capture technology,” pore space storage could become an even bigger player in the coming years.

Most states in the U.S. follow the “American Rule” of ownership in which the mineral estate holder has ownership of the underground mineral resources but not any geological formations found beneath the surface. Those property rights remain with the owner of the surface estate. A caveat to this rule states that surface estates, under the American rule, must allow the oil and gas company holding the mineral estate to complete their extraction of minerals and completely deplete the subsurface area before leasing the pore space to another. A second rule, the “English Rule” of ownership differs from the American in that the mineral estate holds ownership of the natural resources under the ground as well as any pore space found.

Most states have clearly expressed which rules they follow – American or English – however Texas law remains unsettled on this issue. Texas law allows mineral estates that are separate from surface estates to take precedence and use the surface, in a reasonable manner, to develop oil and gas or other minerals. This is where the American and English rules in Texas get complicated; and, there are multiple state cases that offer conflicting answers when it comes to which rule Texas follows.

In Mapco, Inc. v. Carter, the Texas Supreme Court upheld the lower court’s decision that the mineral estate owner was entitled to compensation for storage rights in an underground salt cavern, even though all salt had been extracted, which follows the English Rule. The Court reasoned that it would be consistent with the mineral-in-place ownership theory. But in in Emeny v. United States, a case in which the the United States Court of Claims applied Texas law,  the Court held the surface owner should be compensated for pore space storage, which follows the American Rule. The Court was very specific in its ruling, stating that rights conveyed via an oil and gas lease did not include “the geological structures beneath the surface, including any such structure that might be suitable for the underground storage of foreign or extraneous gas produced elsewhere.” The confusion does not end here.

In a more recent case in the Beaumont Court of Appeals, FPL Farming Ltd. v. Texas Natural Resources Conservation Commission, a surface estate owner alleged trespass against the environmental regulatory agency who filed for an underground waste disposal permit that would allow wastewater to be injected and eventually migrate below the surface estate owner’s property. The Texas Natural Resources Conservation Commission had leased land adjacent to the surface estate owner’s property upon which it built and operated a wastewater disposal facility, which when injecting wastewater into the ground had potentially contaminated its neighbors’ water supply. The Court assumed, without deciding, that the surface estate does have ownership of this underground pore space and had the right to bring legal action. This directly conflicts with Mapco.

Texas has not explicitly resolved who owns pore space. The majority of states follow the American rule, which affords pore space ownership to the surface estate owner. If the Texas legislature and courts continue to delay defining this issue, more lawsuits will need to be filed to help both surface and mineral estate owners determine their rights to pore space storage.  This may also cause those wanting to invest in carbon capture and storage in the energy industry to take their investments to states where the rule has been defined. Resolving the Texas pore space ownership issue would be beneficial to all involved in the oil and gas industry.