9 When a Pandemic Leads to a Breach of Contract, What Are Your Defenses? | Burford Perry

When a Pandemic Leads to a Breach of Contract, What Are Your Defenses? 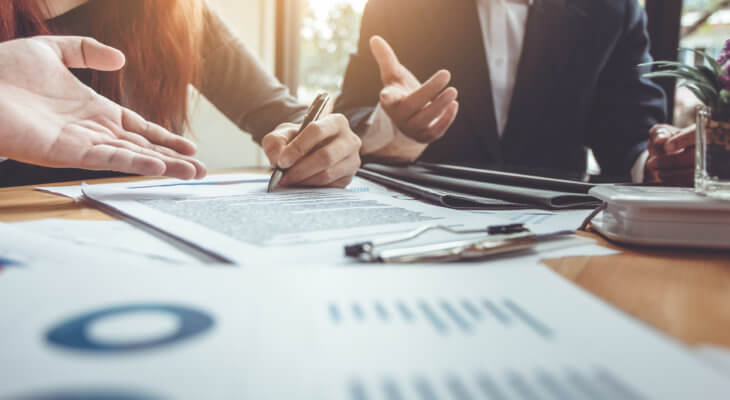 The COVID-19 pandemic is forcing many business owners to consider how to handle current and future contracts. Companies are now confronting supply shortages, mandatory closures and quarantines, service disruptions, workforce shortages, event cancellations, the loss of property use, and an assortment of other unforeseeable consequences of the pandemic. All of this can affect a company’s contractual obligations, including its ability to perform existing contracts. Companies should review all contract requirements to ascertain whether they can perform as promised – and to ascertain what its breach of contract defenses might be.

A company that fails to perform its contractual obligations opens itself up to liability for breaching that contract. Under certain circumstances, however, a party can assert contractual defenses that excuse its performance and prevent or minimize liability exposure for a breach. While there are a variety of breach of contract defenses that can excuse a party’s performance, those most likely to be successful during the COVID-19 pandemic include force majeure, impossibility, and, possibly, frustration of purpose.

Generally, force majeure clauses provide a defense to a breaching party when performance was impossible due to unforeseeable events outside of either party’s control. Because these clauses can allocate risk or otherwise materially alter the terms of the agreement, companies should carefully check their contracts to see if any contain a force majeure clause and, if one does, determine what happens when it is triggered.

A force majeure clause should also explain what will happen when it is triggered, and what sort of remedies, if any, both parties have after the triggering event. For example, when implicated, a force majeure clause can move deadlines, change quantities, or excuse performance altogether. What happens depends entirely on the contractual language. Companies must be aware of these clauses, their triggering events, and their effects.

In contrast to the force majeure defense—which is dictated by the terms of each contract—the impossibility-of-performance and frustration-of-purpose defenses are derived from common law and may apply regardless of a contract’s language.

The impossibility-of-performance defense, like force majeure clauses, addresses what happens when an unforeseeable event beyond either party’s control disrupts the ability to perform. Triggering events can include natural disasters, pandemics, and what the law refers to as “acts of God.” The key inquiry in this defense is whether a party’s performance is made impracticable by the occurrence or nonoccurrence of some event neither party foresaw or caused.

When the impossibility-of-performance doctrine is properly invoked, it completely discharges the duty to perform. But it important to keep in mind that this breach of contract defense is used in limited circumstances and is narrowly applied to contracts.

COVID-19, and subsequent government orders closing non-essential businesses, likely rendered performance impossible for at least some Houston businesses. For example, a contract to put on a concert on August 30 may now be considered impossible to perform if the concert venue was shut down by government order until the fall. Disability or death can also make certain personal service contracts impossible.

When asserting the impossibility defense, the non-performing party must be cognizant of its pre-event actions. If, for example, the nonperforming party was negligent in some manner that affected its ability to perform before the supervening event occurred, the defense may be unavailable. Also, some cases have held that temporary impossibility excuses performance for only as long as the barrier to performance persists.

Any party considering an impossibility defense should document how, when, and why performance became impossible.

If external events not caused by either party defeat the main intent or purpose of a contract, the parties may be excused from performance even if performance is still possible. For example, assume a company contracts to clean the concert venue referenced above. If the contract calls for cleaning the venue after the concert, the event cancellation frustrated the purpose of that contract (i.e., there was no event, so there is nothing to clean up). And while it remains possible for the cleaner to show up and sweep floors, it is apparent that the parties contemplated a post-concert-sized mess, which does not exist in this example. In other words, the purpose of the contract has been frustrated.

This breach of contract defense has a fuzzy place in Texas law. Some Texas courts have viewed the frustration-of-purpose defense as simply another way of saying performance was made impossible, while others have held the defense is entirely unavailable. Under what circumstances, if any, a Texas court will recognize this defense is an open question. If there has ever been a time for Texas to recognize such a defense, however, it might just be now.

When deciding whether to assert any of these defenses, it is important to remember that both contract-based and common-law doctrines are narrowly applied. If your business has concerns regarding potential or existing contract disputes, knowledgeable and experienced attorneys—like those at Burford Perry—can advise you on your next move.

Contact us today if you feel like a contract you agreed to is not being upheld or you are unable to uphold it.

Read More About Breach of Contract